Last year, late in the summer, I bought a new-to-me RPod travel trailer. I had hoped to get out one weekend before putting it into storage but that didn't happen. I did get a chance to take it out on the road just to see how it towed with my Escape and to practice backing up; thanks to my brother-in-law. 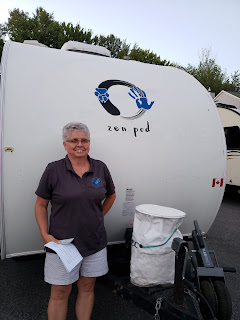 This spring after having the RV dealer dewinterize it and replace the battery I went and got it out of storage. I managed to hitch it up, tow it home and even get it backed into the driveway all by myself. It only took four times around the block and multiple tries to get it in the driveway.

Two of my sisters, a brother-in-law and I went on a check-out camping trip to one of the campgrounds in the Parks of the St Lawrence called Riverside Cedar.  Since we went on the holiday Monday, we very nearly had the campground to ourselves. 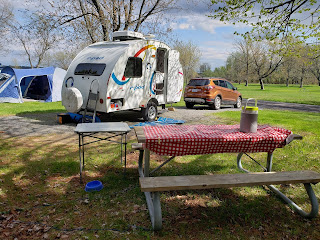 Above is my RPod with my sister's tent set up behind me.  The photo below is my youngest sister's and her hubby's little trailer with mine in the background. The weather was somewhat chilly and windy but it kept the bugs down that's for sure.  We stayed three nights. I was able to try out almost everything in the trailer except for the AC and the furnace, neither of which were needed. 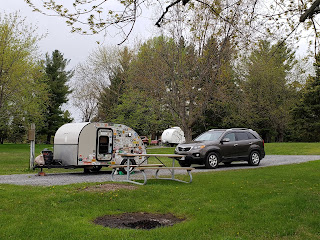 One of the reasons I chose this campground as it is near Upper Canada Village and the Crysler Farm Battlefield both of which are dog friendly, so on our second full day we went to visit both sites. The dogs can't go into any of the furnished the historical buildings but usually they will let them into any of the barns as long as the dogs don't disturb any of the animals.  They were also permitted in the blacksmith's and the woodworking shop, but only because I think it wasn't at all crowded when we were there. 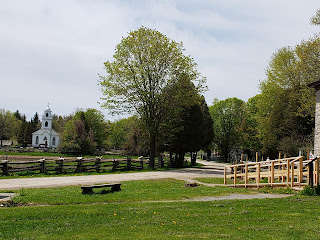 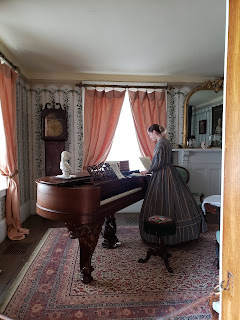 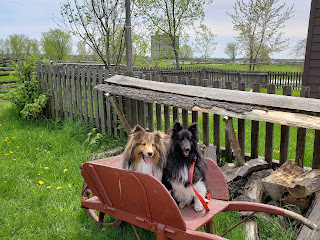 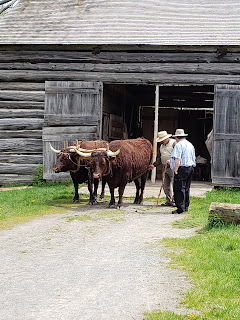 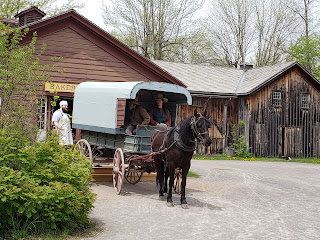 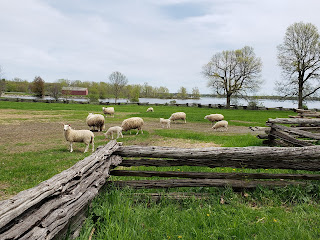 Crysler Farm Battlefield was the location of a decisive battle in the War of 1812, 400 British soldiers, Canadian militia and natives repelled nearly 8000 US troops. 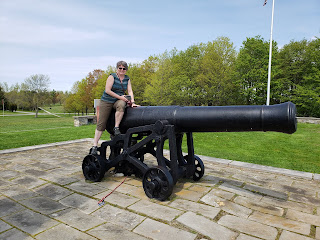 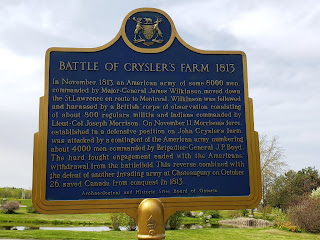 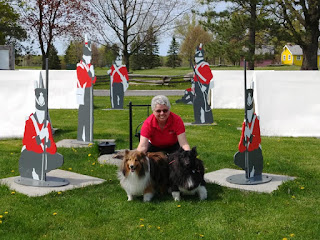 We also did all the usual things while camping, enjoying good food along with a few drinks around the campfire.

We had a gorgeous  moon rise over the St Lawrence on the second night. The photos from my camera just don't do it justice; you'll just have to believe me that it was spectacular. 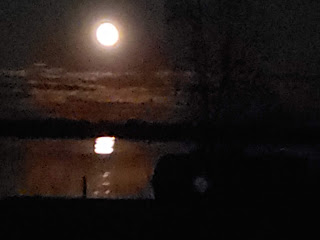 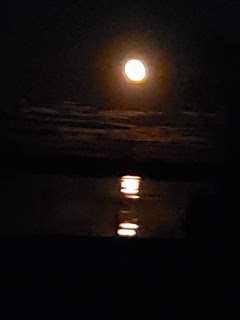 Although it was a tad chilly, we only had a bit of rain and mostly it was overnight; so my first RPod adventure went pretty well.  I drove down and back without any problems and even managed to get the trailer back in my driveway with only two trips around the block. I'm off tomorrow to our agility regional championships where I'll be dry camping so I hope the solar panel will keep the battery charged and that I don't run out of propane. If all goes well, I'll be heading off on a long journey down east in August, I've booked the first two campsites with pull thrus so that I don't have to back the trailer.
Posted by Helen at 3:53 PM