A Taste of Toronto 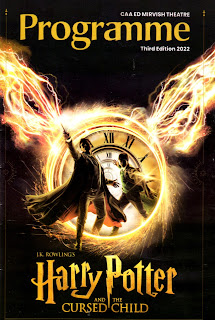 My youngest sister won four tickets from the Canadian Automobile Association (CAA) to see Harry Potter and the Cursed Child in Toronto. So, another of my sisters and I drove to Kingston to meet up with my youngest sister and our brother-in-law. We then headed off to a hotel in North York. We had a beautiful fall day for the drive and arrived in North York with plenty of time for a drink at a local bar before heading downtown for supper and the show.

We had a bit of a problem figuring out the subway, well not the subway actually, but how and where to pay your fare. We had three Presto cards but we needed four and the machine on the upper level only allowed you add money to the cards. Any way we put money on the cards we had and headed downstairs; there we found another machine where you could actually get the cards too. A little signage about where and how to pay your fare certainly would have helped.

We had dinner at a restaurant called Three Brasseurs (Three Brewers). We ordered two Flammkuchen, one all meat and a BBQ chicken. They were very good.  We had another drink with our meal, if we hadn't been going to a show, we all probably would have had another drink. After dinner we walked over to the box office to get our tickets.  The prize also included a $10 voucher for a drink or a snack and a ticket for a reception to be held in the main lobby after the show. The CAA agent told us after the show that they had over 20,000 entries and chose 50 winners. The show tickets were over a $120 each so not a bad prize.

Harry Potter and the Cursed Child takes place after all of the movies. Harry is sending his youngest son, Albus Severus Potter, off to his first year at Hogwarts. Young Albus befriends Scorpious Malfoy. The play is really about the problem of the relationships between sons and fathers. Albus and Scorpious cause some serious problems by going back in time trying to bring Cedric Diggery back to life. They have amazing effects in the show, some of which they won't tell you how they do them, but it was all very well done. There were wands that produced fire, transformations after characters had drunk polyjuice, and even people levitating.  The dementors were really cool. If you have the chance to see the play, I would highly recommend it. Not sure you'll get all of the same effects; the CAA Ed Mirvish theatre underwent a $5 million dollar upgrade and renovation specifically to be able do all the lighting and effects the play demands.  The new decor of the theatre was very classical though, a dark blue with gold accents. Unfortunately, we weren't allowed to take pictures or videos during play. 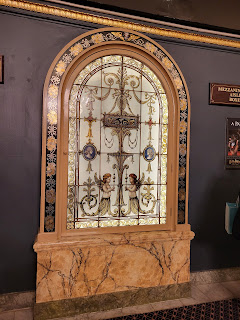 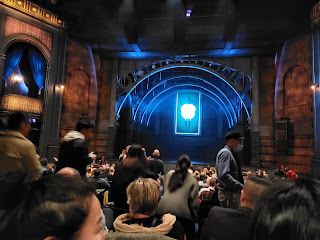 It's a long play, three hours and a 20-minute intermission but the time went by quickly, the play never seemed to drag. At intermission, my sister and I got lucky heading upstairs to the ladies instead of getting in line downstairs. As we went to the ladies upstairs, we noticed a small bar on that level so we redeemed our drink voucher there; impeccable timing we hardly had to wait at either the ladies or the bar. After the play, there was a reception as part of the prize, some of the actors came out and mingled with the crowd. CAA put on quite a nice spread of food: cheese, crackers, pizza, fruit kebobs, cookies, tarts as well as hot hors d'oeuvres, mini burgers, spring rolls and sushi. If it hadn't have been so late, we could have made it dinner. We got back to the hotel after midnight.

We didn't rush in the morning so as not to hit the morning traffic. We walked down to Starbucks for breakfast sandwiches and coffee and afterwards checked out of the hotel. On the way home we stopped at the Air Force Museaum in Trenton. The Presence in Absence Sculpture was at a service centre that we stopped at on the way to the museum. 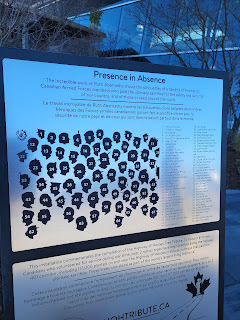 In 2014, we had an Ad Astra stone dedicated to our father laid in the Air Park of the Air Force Museum. All of my sisters and some other family members were able to attend the dedication. I don't think any of us had been there since then. The late husband of another of my sisters also has a stone there. At the dedication, we really didn't have much time to walk through the museum and since military members and veterans get in for free, we decided to stop on the way home. Turns out the member or veteran can also have one guest so none of us had to pay. 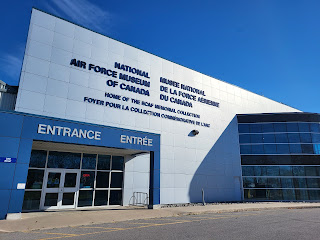 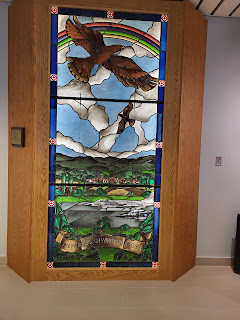 After looking around the Air Park, we took some time to look around inside the museum. One of the displays at the museum is a memorial to the service members we lost in Afghanistan. After we closed out the mission, the memorial from Camp Mirage, the main base we had there, was repatriated to Canada. One of the soldiers we lost in Afghanistan, worked for me in Gagetown, Sgt Craig Gillam. I bought a poppy for his plaque. 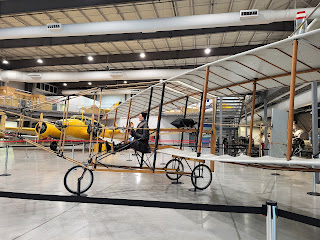 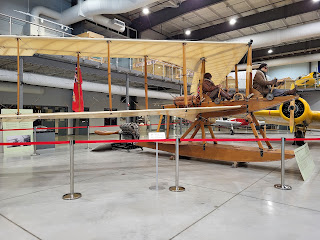 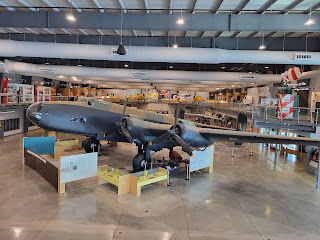 It was a nice break, and it made the trip back to Kingston seem shorter. It was just a quick stop in Kingston and then it was the last leg back home to Ottawa. It was a wonderful little journey; my first time in a large crowd since COVID hit. I wore a mask throughout the play and many others did too. I hope we have a good winter and hope that we will put the worst of this pandemic behind us.