It's a Flavourful Friday post of Thursday night's supper.  I had been planning on just having bacon and eggs for supper last night, when I noticed that I had asparagus that was getting a little limp in the fridge.  So I went on the internet and searched egg and asparagus recipes and found this: Bacon, Egg and Asparagus Pizza.

I used a pre-made whole grain pizza crust. I didn't have shallots so I finely chopped some onion and added some red pepper. I think next time I would add some spices to the egg mixture, maybe cayenne pepper or a mild or medium curry or toss the vegetables in balsamic vinegar as I found the pizza rather bland. I put some hot sauce on mine after it was cooked and that tasted great. 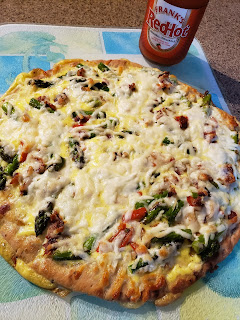 But it was a quick easy, somewhat healthy meal, so I'll likely make it again sometime.
Posted by Helen at 5:00 AM 1 comment:

So here's a little behind the scenes look at a virtual choir.  The link above is to a video explaining about the summer music festival and Choir! Choir! Choir!'s participation. Daveed also talked about another song Across the Universe we recorded as a virtual choir.  It's another Beetles song that has a chorus that goes: "Nothing's Going to Change My World".  We have already recorded that song but it has not yet been released, so I might be in another upcoming video.  It was recorded before the tragic events surrounding George Floyd.  Daveed and Nobu decided that when what we need right now is change that it might not be the right time for this song.

To be part of the virtual choir, you need to rehearse and then video yourself singing.  Daveed and Nobu put out guide tracks and instructions.  The link to the instructions are below but you don't have to read them unless you really want to. I rehearsed a couple hours total before I recorded my video submission. My set up was my cell phone on a tripod recording my video submission and a tablet paired with Bluetooth wireless headphones so I could watch, listen and sing with the guide track.  This way the only audio on my video submission is just me singing.

Instructions for With a Little Help from My Friends

I sang to the Part A Guide track, there is a Part B which is higher but I found it was a little more difficult and I had problems reaching a few of the notes.  You also download the lyrics although this time they had them on screen in the guide tracks as well. Kostis Maraveyas sang the left hand side. We, the choir, sang the right hand side and everyone sang the lyrics in the middle. 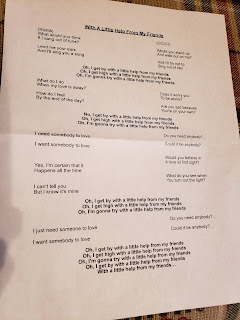 I recorded my video about a half dozen  times; every time either I messed up the words or my breathing was off.  I still wasn't really happy with my video but my voice was getting a little raspy so I just selected the best one of those I had done.  You'll see in my submission that I count in and clap; the clap, in particular,  helps them to align the tracks as the clap creates a sharp spike on the audio track.

If you watched my submission, you've heard that I'm not a great singer so it's a good thing I'm part of a larger choir. The link below is bookmarked to our video of the Choir! Choir! Choir! virtual choir.

C!C!C! With a Little Help From My Friends

Finally, I've also added a zoom video with Daveed, Nobu and Kostis. Kostis says "when we're together, there is no worst singer".

Kostis, Daveed and Nobu
Posted by Helen at 2:30 PM 4 comments:

With a Little Help from My Friends 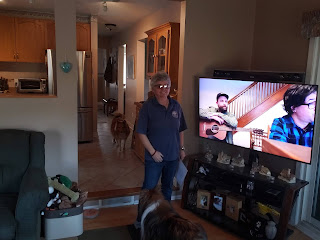 Or you can watch it here at the link below, recorded off of my TV.  Look for me, I'm in a purple shirt.

C!C!C! With a Little Help from My Friends 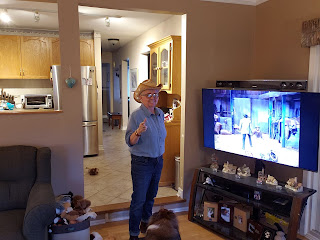 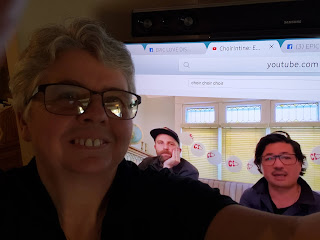 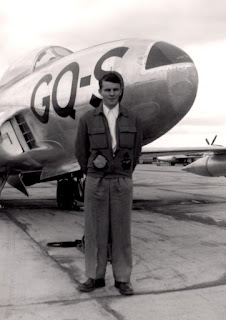 My Dad, he loved airplanes, babies and dogs; not necessarily in that order. Happy Father's Day, Dad!

"I love my father and I love him well. A mind filled with memories weigh me down like gold!" 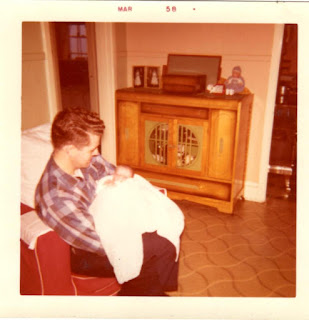 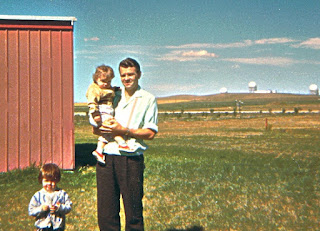 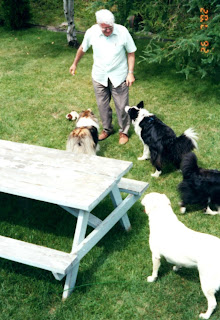 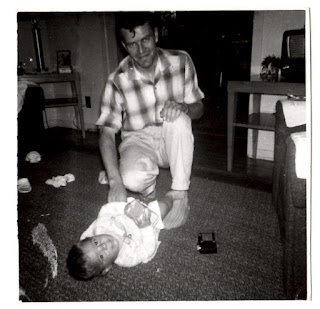 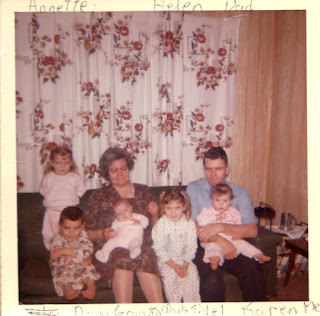 Video Music - Someday Soon by Alexi Murdoch
Posted by Helen at 7:00 AM 2 comments:

Yesterday was Beckett's first birthday at the Bridge. He would have been 11 but I guess he never ages now.  He'll always be my baby boy. 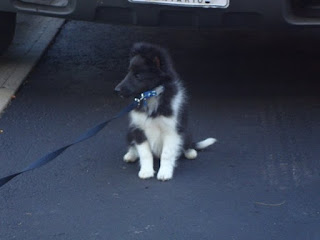 I took a drive out to pick-up a picture that a friend had drawn of Beckett.  She also drew one of Teddy and Keltic. I had a few tears when I picked it up.  I've posted the original photos.  My friend said Keltic just didn't turn out in the first drawing with Beckett so that is why I got two drawings.


I was so sure when Beckett reached 10 that we would have a few more years together. I knew though that the worst thing about ten is that you have less time left than what you've already had with them. We didn't even get another year; we barely had another six months.