Last week, my youngest sister, her husband and I went camping at Glengarry campground just outside of Lancaster, Ontario.  This is another of the parks on the St Lawrence but this one is not on an island on the Long Sault Parkway rather it is a little further east and right on the St Lawrence river.  The view across the river is not of New York state because the river bends and the border doesn't just follow the river, it is the province of Quebec.

I arrived first, registered and drove down to the campsites.  I had received a text message from my sister and they were very close to arriving too.  I looked at our two sites and thought it would be easier for me to back into theirs and that way I would be facing their site. I tried to back in but was too far forward and was going to hit the site post, so I decided to drive around the loop and try again. I saw my sister and her husband arriving just as I pulled out. As I drove around the loop I decided, what the heck, and just pulled through the site behind mine that was empty at the time rather than trying to back in.  So much easier, although I'm sure I could have backed in had I tried again. 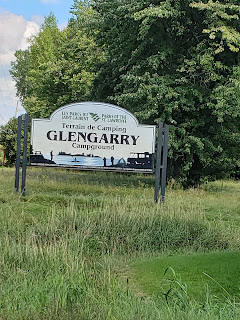 The beach in the day use area was closed and campground was pretty empty, most of the unserviced sites were not being used although there were a few hardy tent campers; most of the people camping were seasonal campers or transients just passing through. That made the campground fairly quiet except for when they mowed the lawn which seemed to be a daily occurrence. The campground is near the highway and the train tracks, the highway noise just becomes white noise and I only really noticed the trains the first night.

On our second day, we drove out the see the St Raphael Ruins and the Martintown Grist mill. The St Raphael Ruins haven't really been ruins all that long, the church burned down in 1970 and the walls were stabilized in 1974.  The church was built by Scottish immigrants to Canada in 1821. It was the second church built on the site, the first just being small chapel. There is a new church attached to the wall of the ruins on the far side and it is still is an active parish. The ruins are now a National Historic site. 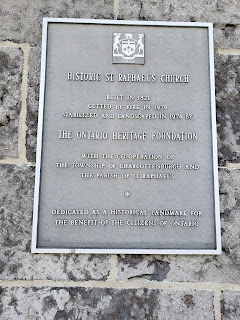 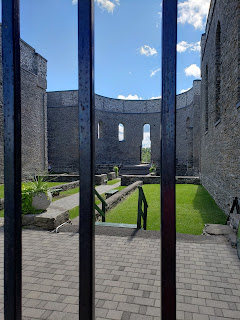 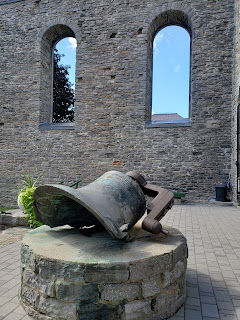 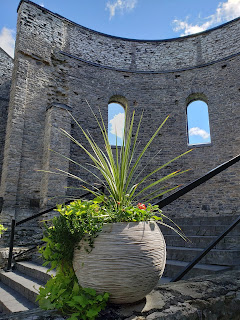 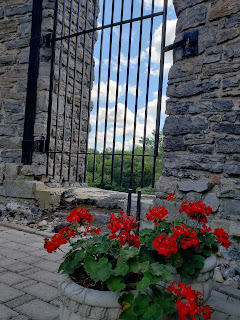 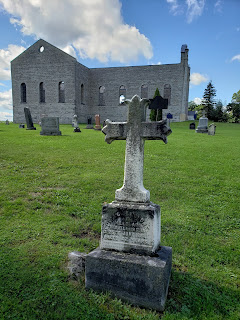 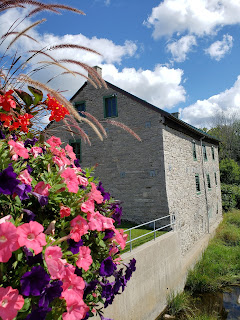 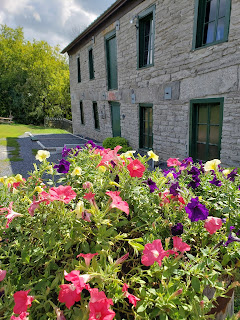 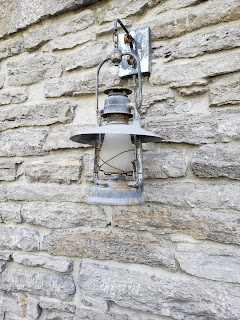 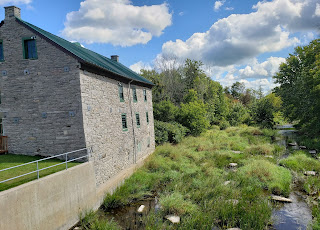 The next day we had some rain so after a late breakfast we drove into Lancaster to a gift shop. The gift shop had a number of different buildings that you could wander through, by the time we were finished shopping it had stopped raining. The old couple on the bench and lamp post were actually for sale. 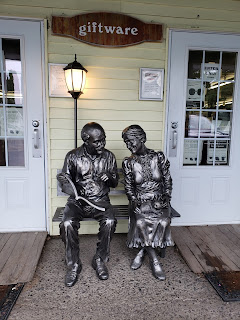 The next day we went to a local cheese shop, they aren't doing tours or giving out samples right now due to COVID but they were still open, We bought some cheeses, chutney and red pepper jelly that we had as an appetizer before dinner. 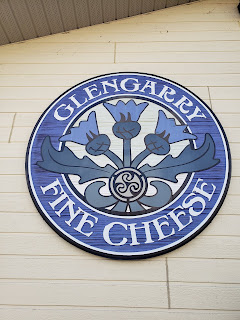 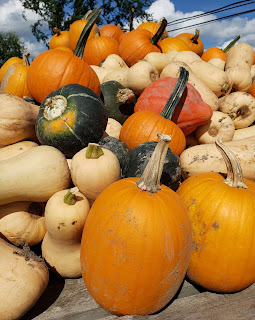 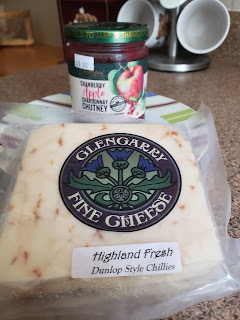 My sister and I also walked over to the Anglican Church whose property the campground surrounds. You can see the church right from the campground but it is fenced off so you have to walk back out to the service road to go see it, except on Sundays when they open a gate to allow campers to join them at Sunday Service. 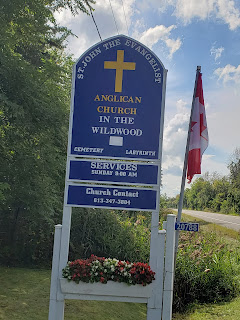 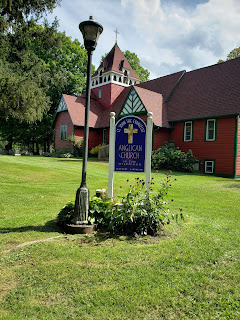 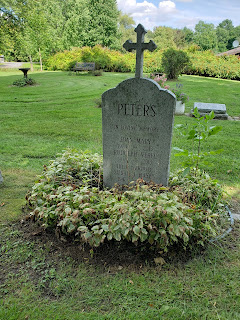 There were no long hikes on this trip just walks through the campground but I don't think the dogs minded. They did get to go on the day trips and only had to stay in the car while we shopped. Liam is getting better at being left on the camp site although once I had to put him in the car while I was making his dinner, he has no patience at all when he knows food is coming. 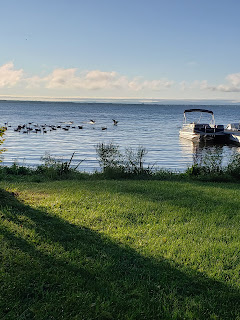 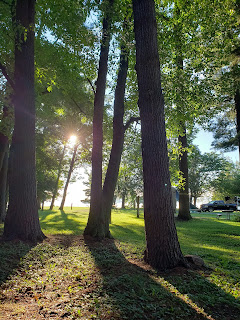 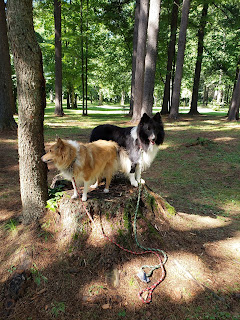 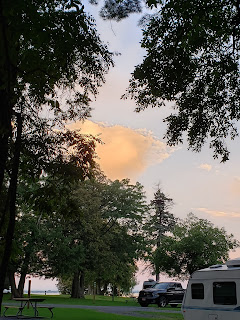 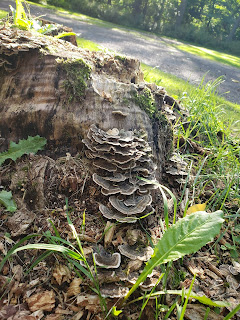 We were lucky with weather with only the one day with rain and the temperatures were perfect too.  You needed a fleece in the evenings but during the day you could have worn shorts. We have one more trip planned before the 2021 camping season ends. The trip home was pretty uneventful. I did have a small accident but we don't cry over spilt milk. I travel with 1 litre cartons of milk and cream as they have a plastic screw on cap and they lay in the fridge on their sides. Well, I guess I didn't close the cap tightly as there was milk all over the fridge and floor of the trailer. Really, I had planned to wash the floor in the trailer anyway. 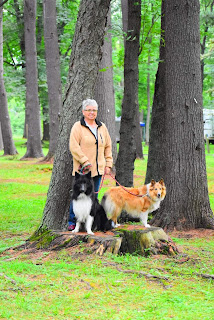