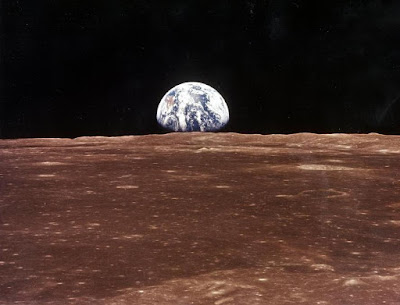 Today marks 50 years since man first landed on the moon. NASA was asking for audio stories of people's recollections of the moon landing, I sent one in but never heard back so I thought I would make it my blog post.

My father was in the Royal Canadian Air Force (RCAF); in the summer of 1967, he was posted to Malstrom Air Force Base near Great Falls, Montana. It was an exchange posting with the United States Air Force (USAF). We lived in Great Falls for three years.

In July 1969, our parents took us on vacation to Disneyland. I'm not sure what route we took but since I know that we drove back along the Washington and Oregon coast, I think we took the I-15 through Utah, Nevada and southern California. I have no idea exactly where we were on 20 July 1969 but we were somewhere on a highway listening to the moon landing on the radio.  The announcer was talking about the moon landing as it was happening. At one point, the announcer related that the astronauts had said how "desolate" the moon was and immediately my mother responded: "It can't be any worse than here".  My mum was right. My recollection is that the highway we were on stretched straight out in front of us, right to the horizon with nothing to see but sand and scrub brush.  Probably like the two pictures below I found on the internet. 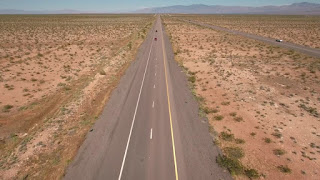 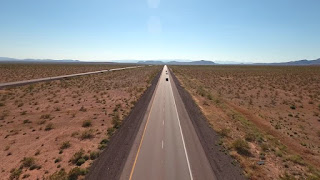 Later, of course, we would have watched the moon landing on TV. I'm sure everyone of my generation has seen Neil Armstrong step off the lunar lander to be the first man to walk on the moon.  The video and pictures are now part of our collective memory. I'm excited to think that soon humans will again walk on the moon as there is a drive to again put man on the moon by 2024 and then maybe on to Mars.


It's funny how this one little memory of this trip stayed in the minds of my brother, sisters (those that were old enough to remember) and me.  I really don't recall a lot about Disneyland from that trip but I guess it shows that we knew that the moon landing was quite a moment in history.  The picture below is of us on that summer vacation, for sure, taken after the moon landing as it was taken at a family friend's home on our way back to Great Falls. 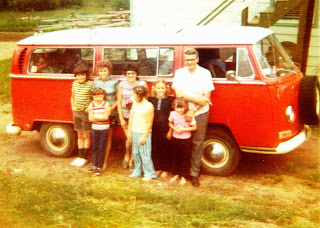