Night at the Museum


A friend has a annual membership the  Canadian Museum of Nature and it included tickets to an evening event. I thought it was a family event but it was for adults only.  They had three DJ's in galleries on different floors and a couple bars set up.  We arrived even before the museum had opened up; at first we wondered how well attended the night would be as there weren't that many people waiting with us.  They do this type of evening event several times a year, collectively they are called Nature Nocture.  This event was actually called Mission to the Moon. They asked people to dress up; being so close to Halloween there were many different costumes but many people had on alien costumes, Star Trek costumes or space suits. I thought the event would only attract young people but there was a broad spectrum of people there, except of course, no kids.

All of the galleries were open and you could explore them if you didn't want to dance. They had special demonstrations set up related to the theme of the evening.  Some of the themed activities were demonstrations by the astronomy club where you could try your hand at drawing Mars or moon craters or another put on by the Canadian Space Agency where you could try freeze-dried food. I liked raspberries but the peaches tasted like eating Styrofoam. 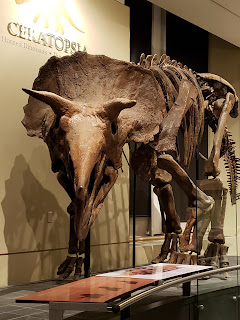 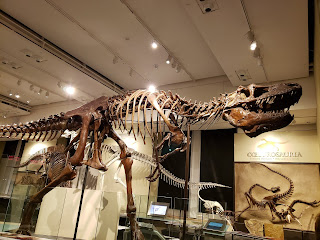 When we walked into the dinosaur exhibit, we both thought of the movie Night at the Museum and wouldn't have been surprised to see Teddy Roosevelt on a horse or the skeletons come to life. Another of the themed events was a yo-yo demonstration, the performer brought in the theme by dressing as an astronaut for part of his show. 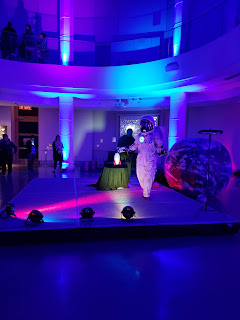 In the the Arctic exhibit, they had a display that was actually made of ice and they projected various movie clips or patterns on the ice.  You were even encouraged to walk between the blocks and touch the ice.


Night at the Museum Dance

I really liked the moon sculpture and the staircase up to each of the floors gave you great views. Here are just a few shots. 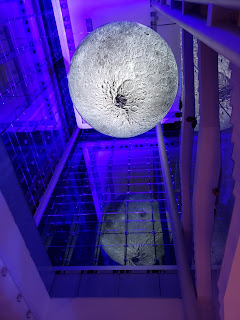 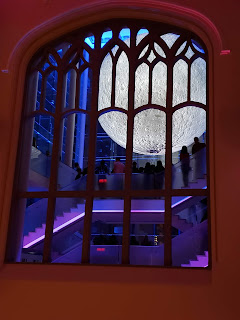 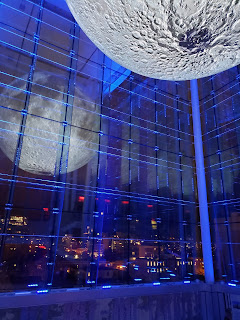 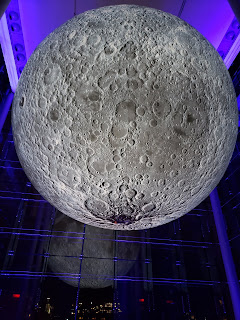 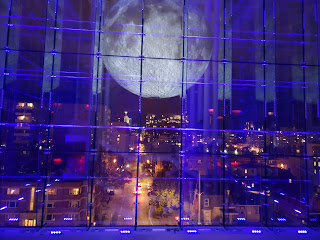 I had thought at first that it would be all young people who were just there to dance, and many were, but there were lots of people of all different ages who enjoyed the museum and the little special events that they put on as well.  So in the end, I had a very good time at our Night at the Museum.