It was a beautiful fall day out so I decided we should go and see Fall Rhapsody in the Gatineau Park. On the weekends if the weather is nice, it's almost impossible to go as the parking lots are just packed. They do have a shuttle that runs to many of the trail heads but since dogs are not allowed on the shuttle that's not an option for me and the boys.

Today we went up the the Champlain Lookout (Champlain Belvedere, in French). It was a bit disappointing as the lookout was blocked off with signs saying it was dangerous and was under repair.  But we did hike the Champlain Loop trail and got some nice pictures of the Ottawa Valley. 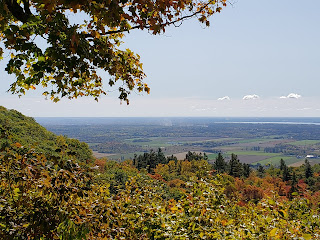 The trails was pretty easy but they do make the steps a little big for us short people and little dogs.

There were relatively few people today but still more than I expected.  After we did the Champlain Loop, we drove back down the parkway to the King Mountain trail but found out that dogs are not permitted on that trail so we headed further down to the Lauriault Trail that I knew was dog friendly.  This trail is a longer than the first one we did and is not a loop so you have to walk back the way you came if you want to go back to the parking lot and your car. You can make it a loop by doing the Waterfall trail, crossing the parkway, then working your way back to the Lauriault trail parking lot. 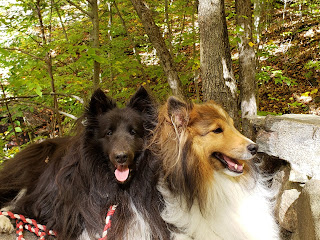 We turned around at the falls. They weren't much to see at this time of the year, there hasn't been enough rain so they were just a trickle. 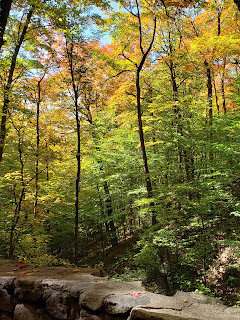 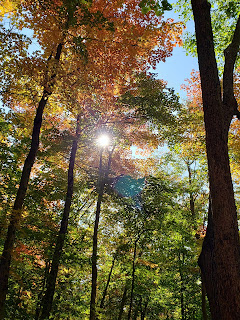 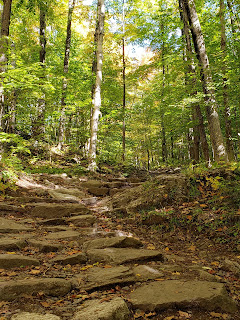 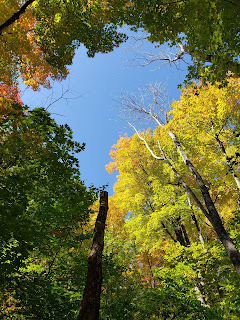 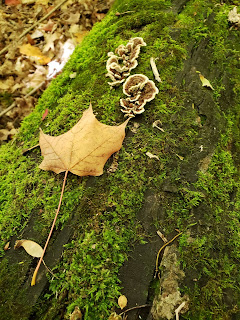 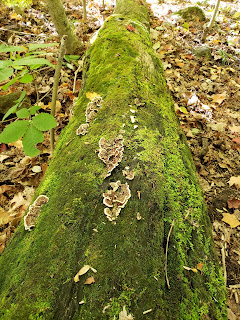 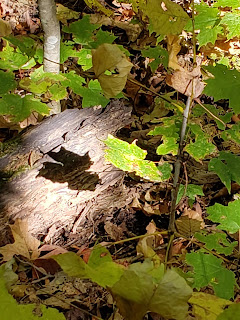 I'm not a very religious person but I do believe that there is a creator for this universe. A. All I could think of today was that I was walking through a temple of light and air, how could there not be something that had a hand in it's design.   The camera does not do it's beauty justice, especially when your camera is just your smart phone.


One last photo op at the lookout on the Lauriault trail and then we headed back to the parking lot and well deserved drink of water before heading home. 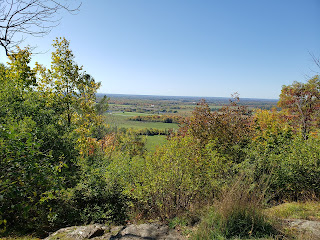 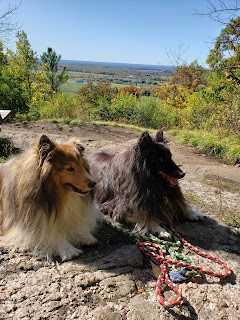 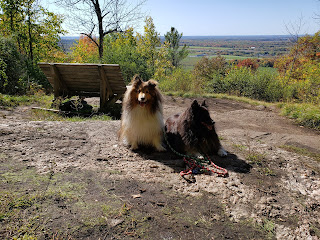 If you want to read some other Walktober blog posts, head on over to Change is Hard and read Walktober - Katie's Way or Breezes at Dawn for the Officially Walktober post. We may just get out for another Walktober adventure.