My niece does a birthday photo shoot for her boys every year and this year was no different.  She posted pictures from this year's photo shoot of her oldest boy, my oldest great nephew and it inspired me to go hike that trail. 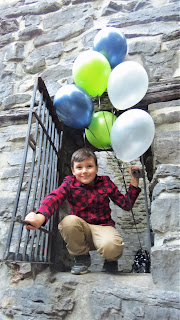 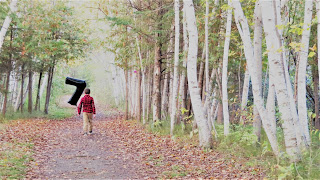 The photo shoot was at a trail across town but not that hard to get to as it is off one of the major roads that crosses the National Capital Commission Greenbelt.  We are lucky in Ottawa that the NCC maintains such green spaces with hundreds of kilometers of trails.

The lime kiln ruins are just 700 meters from the parking lot but the whole trail which goes around a bog is four kilometers (2.5 miles).  I didn't quite do the four kilometers as I took a short cut on a path through the woods rather than staying on the trail and going all the way around the woods. 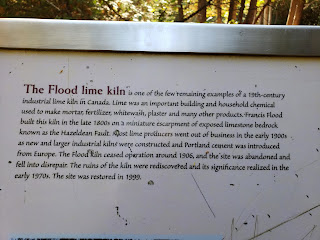 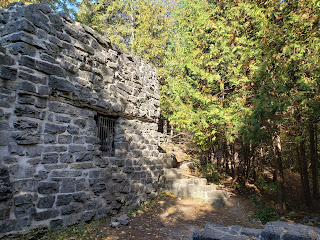 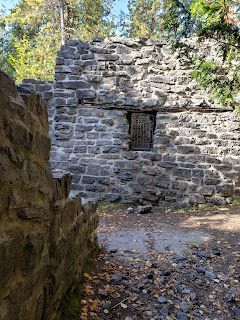 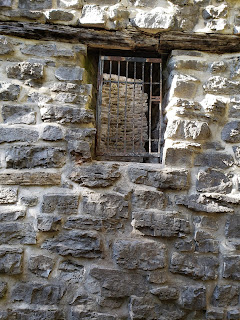 It was another enjoyable walk. We ran into a school group on a field trip and Beckett and Keltic got plenty of attention.

My photo subjects weren't as cooperative as my great nephew but I did get a few good shots. The first shot is of Beckett and Keltic at the Lime Kiln ruins, the second is of the walls of the small quarry behind them and the third is them on walls of what used to be the powder magazine for the quarry. 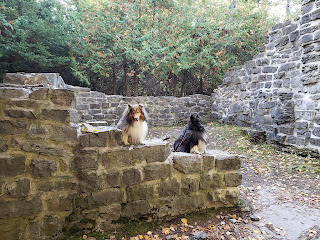 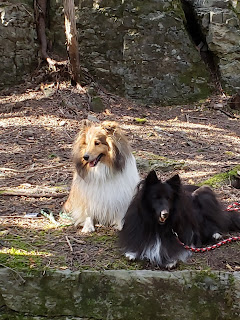 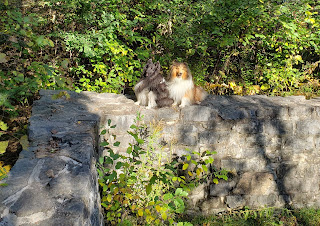 The trail itself is wide, most of it looks like it was once a road through the area so it makes for an easy walk. 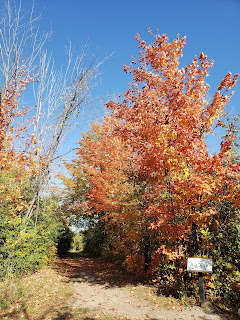 There was a fire in the area in 2012 and, while you can still see the impact of the fire, the area is now regenerating. This is a trail, since now I know about it, will likely do again. Dogs are allowed on the trails from 1 Apr to 30 Nov, during the winter they put in cross country ski trails here and then the dogs are not allowed.

I hope you enjoyed our second walktober walk, perhaps there will be another one.  I'm trying to do 10,000 steps a day. I have been pretty successful but not so yesterday since it was Canadian Thanksgiving and I only got in one walk in the morning before spending the afternoon and evening enjoying a wonderful turkey dinner with family and friends.

If you want to join in walktober go to Officially Walktober.