St Patrick's Day marked Keltic's eighth birthday.  It was very fortuitous that he was born on St Paddy's Day as I had already selected Keltic as a call name.  His full registered name is Triadic's Keltic Livinonthedge. "Living on the edge" is a line from the song Shamrock City by the Irish Descendants. Also his grandsire was Bach's Razor's Edge so that worked out quite nicely.

Keltic had a trial the weekend before his birthday and managed to get his fourth Masters Snooker Q which gives him his Masters Snooker Dog of Canada title.  At one time I never thought he would get a Masters title, now he has one and is only one qualifying score from his Masters Jumpers title too. 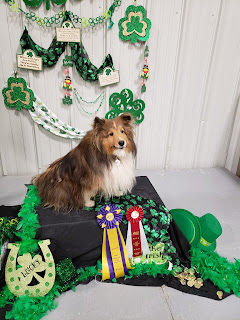 I had told him that I would take him shopping for his birthday presents but who could have predicted the craziness going on.  I bought him a new dog bed, some treats and made cookies for his birthday.  We had a quiet birthday at home with just Teddy, who is here on trial but he'll probably stay. More about Teddy later.


We have been staying home and just going out for walks.  So glad the dogs are with me as it would be rather lonely otherwise.  In these trying times: Stay safe! Be Kind! 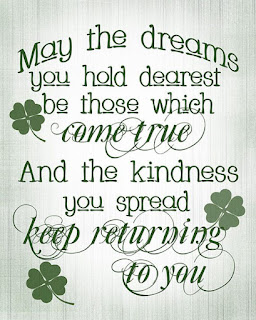